Insurer Mapfre will receive 106 million euro from the sale of several plots of land in Madrid to developer Gestilar. The operation, which was concluded last December, will allow the construction of dwellings for rent, according to El Economista.

The plots of land consist of different terrains in Vallecas and Getafe which Gestilar acquired to develop 75.000 sqm in dwellings for rent, which it will then transfer to DWS, Deutsche Bank’s management company, for 240 million euro.

Gestilar expects to deliver the development to the management company by the end of 2023. This is the largest build-to-rent operation in Spain, surpassing AXA’s acquisition of 919 dwellings spread across the Community of Madrid from Tectum for 150 million euro.

Within the terrain located in Getafe the company expects to develop 750 units in the University area and 280 dwellings within two other developments in Ensanche de Vallecas.

The developments will feature common areas with swimming pools and paddle courts, as well as coworking areas, event rooms, gyms, barbecue areas and resting areas. The dwellings will have between one and three bedrooms and access to public transportation.

Following this operation, DWS will have 1.300 dwellings for rental by the of 2023. The company remarked that in 2021 it will analyse the possibility of opening itself up to other cities outside Madrid and Barcelona

NEINVER reaches agreements with 98% of tenants across its European portfolio

Metrovacesa advances with its business plan in Palma de Mallorca 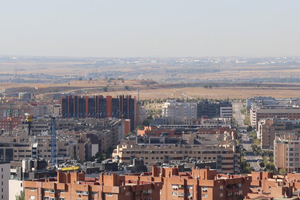 Mapfre sold plots of land in Madrid to Gestilar for €106M