The stores are leased to top operators such as Vodafone, KFC and Starbucks, whereas the offices are occupied by real estate consultant Aproperties. The assets were acquired by the REIT in 2015 and after a full refurbishment, it divided them into three different commercial areas and offices.

Corpfin owns the commercial area of the building Edificio España, which currently hosts a four-star Riu hotel. Recently, the Spanish management company closed a deal with distribution group Inditex to lease it 9.000 sqm of that same area. 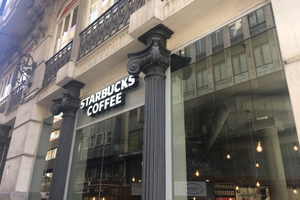