The Balearic chain Ferrer Hotels divests itself of the Caprice Alcudia hotel and sells it to the Bordoy Group in order to continue with its expansion plans, according to Hosteltur.

It is a five-star hotel establishment that has 66 rooms, a swimming pool and a spa. The hotel is located 30 meters from the historic center of Alcudia, in Mallorca.

This hotel was the first that the company launched with Caprice, a brand that was created in its commitment to the luxury segment and that it added to its portfolio in July 2018, after carrying out a total renovation of the old Ferrer Maristany hotel.

The differential value of the Caprice brand is the ‘Loxury’ concept (a term created from the union of the words local and luxury). They are establishments oriented and inspired 100% by the destinations in which they are located.

The manager Formentor Capital is finalizing the purchase of the Ferrer Hotels chain, which has seven hotels in the Balearic Islands. He would participate in the operation together with the Socimi Persepolis, the sources cited indicate.

The seven hotels that make up the chain's portfolio in the Balearic Islands operate under three brands: Caprice, (the most luxurious) which has a five-star hotel located in Mallorca; Ferrer, which has three four-star hotels in Mallorca and Menorca; and Lime, which owns three aparthotels in Mallorca.

Formentor finalises the purchase of Ferrer hotels in the Balearic Islands 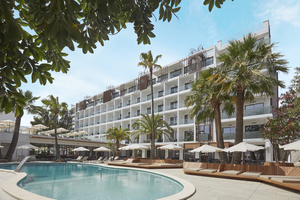