The opening was announced on the company’s Twitter account this Wednesday. The 2-star B&B Hotel Madrid Alcorcón, located at Av. De Leganés number 58, offers 81 rooms and 26 parking spots, it is owned by Domingo Contreras and is under a long-term lease.

Although B&B Hotels’ future prospects point towards expansion, the fact is that the French hotel chain concluded the sale of its last asset in Spain just one month ago: hotel B&B Rubí in Barcelona.

This was a sale &leaseback operation, which will allow the company to manage the asset for 30 years. This model was also used by B&B Hotels on the other divestment operations it carried out during the last 3 years: 8 units sold for 30 million euro in Figueres, Granollers, Mollet, Viladecans, Albacete, Fuenlabrada in May 2017 and the sale of B&B Hotel Oviedo in August last year for 1.7 million euro.

According to Jorge Zelada, B&B Hotels’ Spain Expansion director, the latest divestment «is strategic for B&B Hotels, allowing the chain to alleviate its balance in Spain and Portugal somewhat, to maintain a strong growth pace across the entire Iberian Peninsula in the future. We currently have many ongoing projects and keep seeking opportunities to continue our sustained growth in the entire region to remain the undisputable leader of budget hotels». 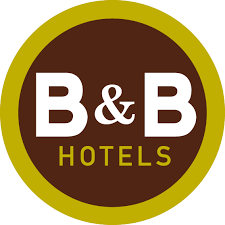