The hotel offers 149 rooms and 174 parking spaces, it is located at number 131 Avenida de Burgos in the Spanish capital. It currently operates under brand NH Hoteles España and it should remain so, since Atom renewed the leasing contract with the hotel group.

In the document made available at the Mercado Alternativo Bursátil, where the information was advanced this Monday, it is mentioned that the acquisition was carried out with the REIT’s own resources, although a bank loan using the asset’s mortgage as collateral is still on the table.

This was the fourth operation carried out by the REIT in December alone totalling 116.6 million euro invested in the hotel segment during this month. Besides this hotel, Atom also acquired hotels Isla Bonita and Riviera Marina, in the Canary Islands, Hotel Tryp Coruña and Hotel Senator Cádiz.

Hotel The Gates Barcelona was traded for €80M 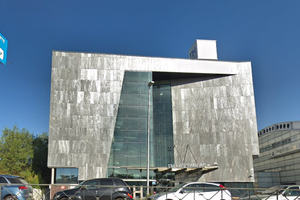