This acquisition had already been announced in October, when the REIT launched a 79.7 million euro capital increase in order to pay part of the operation which was concluded a month later. The conclusion of the operation was announced this Monday by the REIT in a release made available at the Mercado Alternativo Bursátil.

The same document further mentions that around 34 million euro should be paid on the acquisition date and the remaining should be paid before the 31st of January 2020.

Located at number 8 Avenida de Bruselas in Santa Cruz de Tenerife, the 4 star Isla Bonita hotel represents a 52 million euro investment. It has 439 rooms, although Atom’s contract only includes the purchase of 386 rooms, according to the same release.

The Riviera Marina hotel represents a lower investment: 15 million euro. The 4 star hotel is located at number 4 Avenida Playa del Cura in the island of Las Palmas and it has 125 rooms.

Atom Hotels also reached an agreement with Meeting Point Hotel Managements (which is part of Grupo FTI), the company which should be in charge of managing and repositioning both hotels by investing 25.6 million euro on the Isla Bonita hotel and 6 million euro on the Riviera Marina hotel. The company will be managing these hotels under the brand Labranda Hotels & Resorts over the next 12 years. 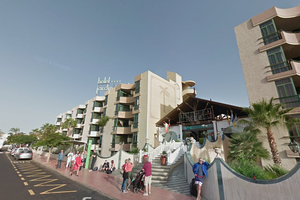