Andbank and Navis Capital, through its vehicle Atalaya, have closed the acquisition of Hotel Bamboo Alcudia, as confirmed by the joint venture.

The complex has 208 rooms and two outdoor pools. The asset will undergo intense rehabilitation that will allow it to move from the current 2 and 3-key apartment complex. Once completed, THB Hotels will assume the management and operation. The opening is scheduled for 2023 after a reform estimated at about ten million euros.

The Hotel Bamboo is located in Alcudia, one of the best areas of Mallorca. Precisely, the operator, THB, has 11 hotels on the island under management.

The hotel fund already bought the San Fermín Hotel in Benalmádena (Málaga) in November, and is now formalizing its second acquisition with the Bamboo Alcudia (Mallorca) as part of its investment project of more than 160 million euros in holiday hotels in Spain, according to Andbank reports in a statement.

Atalaya foresees the purchase of between six and ten four-star hotels, of medium size (between 150 and 200 rooms) and located mainly in the Balearic Islands, Canary Islands and Costa del Sol, common destinations for both sun and beach tourism and European tourism. 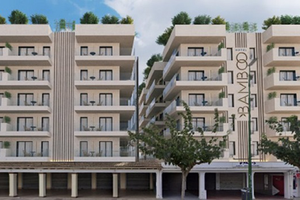