The asset is located at Calle Princesa 27, in the Arguelles neighbourhood.

The hotel was promoted by Metrovacesa, which sold it in 2010, after the real estate bubble burst. The Lebanese investor Boutros El-Khouri, through CPI, acquired the complex; but, in 2018, sold it to Colony Capital.

Now, Brookfield increases its exposure to the Spanish hotel market, just one year after starring in one of the great operations of the year 2021, the purchase of the Selenta chain. Brookfield acquired the Sofia Barcelona hotel, Expo Barcelona, ​​Don Carlos Resort & Spa (Marbella) and Mare Nostrum Resort (Tenerife) for €440 million.

Atom buys the Senator hotel in Barcelona for €25.5M 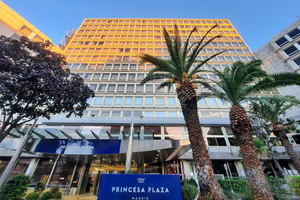