This is the company’s second operation in 2021, after having sold another hotel in Madrid last February.

Financial group York Capital paid around 575.000 euro per room. The Grand Hotel Central, located at Via Laietana, has five stars and features 147 rooms, according to Ejeprime.

Único Hotels will continue operating the asset through a long-term lease. The group has also included rebuy options on the sale contract.

Sale of one other hotel in Madrid

The company owned by entrepreneur Pau Guardans will, in the same way, continue operating the hotel through a leasing arrangement. Hotel Único Madrid is one of the references in terms of luxury hotels in the Spanish capital. It has 44 rooms, The Bar, several facilities, an interior garden and hosts the prestigious restaurant «Ramón Freixa Madrid».

Following these sales, Único Hotels currently remains the owner of Mas de Torrent, a luxury five-star hotel in the Costa Brava, and the Finca Serena resort, in Mallorca. It also operates The Principal, located at Gran Vía in Madrid, but through a lease.

Azora concluded, in Costa Brava, the purchase of its first hotel fund

Mazabi buys a hotel building in the center of Madrid 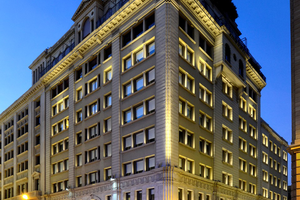