Servatur bid around 56 million euro to win the auction for this asset after an initial starting bid of 47 million euro. Amongst the other bidding companies were Relaxia from Grupo Pérez Moreno and Yudaya – HD Hoteles Canarias, revealed Europa Press.

Located on the seafront, in Calle Hamburgo 10 in Las Palmas, this 3-star unit features 460 rooms and 3 swimming pools. Amongst the services, it offers the highlights are the restaurants, a pool snack bar and a lounge bar.

Servatur managed thus to increase to 11 the number of tourist accommodation units it holds in the Canaries archipelago: in the island of Gran Canaria, it has 6 in Puerto Rico, 2 in Arguineguín and one at the Playa del inglés and one other unit in the Island of Tenerife.

In June, Servatur saw a capital increase of 50 million euro with the entry of Norwegian entrepreneur Ivan Tollefsen. 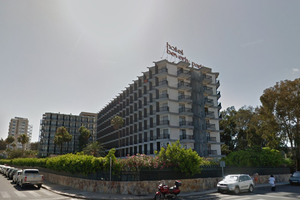