This is a unit located in Las Palmas, Gran Canaria, and has 724 rooms and several commons spaces as restaurants and a swimming pool. According to Cushman & Wakefield, which advanced the operation in its more recent Investment MarketBeat, this transaction was concluded in the second quarter fo the current year for 103,2 million euro.

This was the second operation has registered in Iberian Property Data carried out by Apollo this year. The first one was the selling of the residential portfolio for AXA for 200 million euro.

The hotel chain Lopesan, in its turn, concluded in 2018 the selling of another hotel in Gran Canaria for 62,8 million euro: the IFA Interclub Atlantic. The new owner of this asset is the Hotel Investment Partners (HIP), an investment vehicle controlled by giant Blackstone. 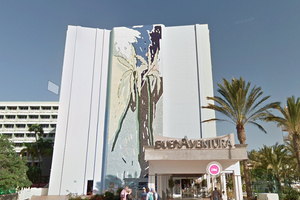