The 3 star hotel has 152 rooms, a restaurant, two meeting rooms and a rooftop terrace with swimming pool.

Principal Real Estate explained that the property received its development permit before the Barcelona municipality issued the city’s hotel development plan, which increases its value.

Principal Real Estate’s hotel and leisure department managing director, Jochen Schaefer-Suren, explained that «this asset is a strategic investment for Hotelfund II, since it is a very attractive added value opportunity. (…) Barcelona’s hotel development plan should restrict the construction of new hotels and provide a unique opportunity for all existing hotels, including our new hotel in Barcelona, to benefit from the growth in demand».

As part of the transaction, a long-term lease contract was celebrated with Ona Hotels, a Spanish family hotel group headquartered in Barcelona, which operates 40 hotels in four countries (Spain, Andorra, Morocco and Tunisia) with around 5.500 rooms.

This the fund’s second transaction in Barcelona in the last few months, after acquiring the office building Torre Llacuna, located in district 22@ for 33 million euro from Goldman Sachs.

Bonavista and Europa Capital will invest €40M in district 22@ 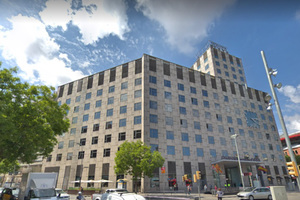