The building was acquired from the Marrero family. The 5 star hotel is being expanded.

According to El Día, there were about 4 groups which showed interest in buying the hotel, some of them international. The owners started by asking 60 million euro for the complex, according to the same source.

Dreamplace thus adds 5 hotels to its portfolio in Spain: three in Tenerife, one in Lanzarote, and the Hotel Cristina in Gran Canaria. 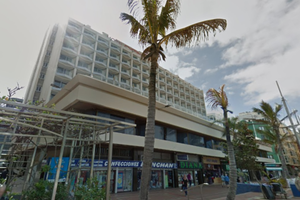