Next Point has announced an agreement for the purchase of a four-star hotel in the province of Gerona.

For the establishment, which has 114 rooms, the real estate company will pay six million euros.

The operation has been carried out through its subsidiary VIV BUILDINGS 4, with the parties committing to formalize the deed of sale before May 31, 2021. However, this date could be extended due to the effects of Covid-19.

Next Point, incorporated in May 2018, debuted at the then MAB last July with a portfolio of eleven assets with a combined surface area of ​​12,371 sqm.

The value of its portfolio was 19.7 million euros and among them were seven residential buildings in Valencia, used for tourist rental, another property in Barcelona for residential rental, as well as three residences for the elderly.

At its IPO, Next Point managers already indicated that they planned to expand their current portfolio by investing in the acquisition of new properties in the coming years.

In fact, the Gerona hotel is not his first acquisition since its debut on the market. Days after its IPO, it acquired fifteen vacation homes, fourteen storage rooms and fifteen parking spaces in Empuriabrava (Gerona) for 1.9 million euros. At the end of November, he announced an agreement to buy a geriatric home in Barcelona for six million euros.

Millenium expands its portfolio in Madrid and Cordoba

Renta Corporación to buy 2 hotels in Barcelona for €30M 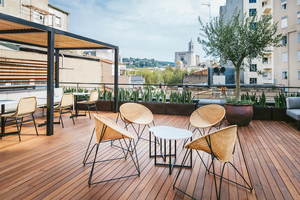