Hotel Arco de San Juan in Murcia was sold to a Valencian group for 8.5 million euro. The operation was concluded at the beginning of the month in Madrid, according to La Opinión de Murcia.

The iconic hotel had its doors closed for more than a year, following three decades of activity. The establishment belonged to the family of marqués de Mondéjar which had already had the intention to sell the property.

In fact, the asset had been offered to several investment funds and different hotel chains at a higher price: 11 million euro. The final closing price includes the 1.3 million euro loan connected to the building.

The building can be used as a hotel or as a housing building, the new owners do not yet know which option they will select, whether luxury apartments and penthouses, or remain as a hotel. 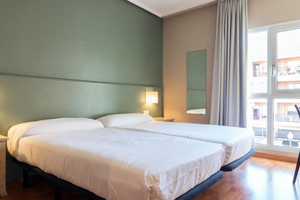