Culmia has withdrawn from the affordable housing macro-competition of the Barcelona Metropolitan Area (AMB) and will concentrate its efforts on the Plan Vive of the Community of Madrid. The exit of the real estate owned by Oaktree leaves two finalists in the Catalan capital to promote 4,500 rental apartments: the alliance formed by Neinor and Cevasa against Visoren, a promoter specialized in VPO.

Culmia sources highlighted the importance of this project to solve the housing problem in Barcelona, ​​but pointed out that it has been decided not to attend this process because "the governance model proposed for the mixed company is not aligned with our current business plan ”.

Habitatge Metropolis Barcelona (HMB), a company now 100% controlled by the AMB, is looking for a private partner to provide the capital to build a new park of official protection in several municipalities around Barcelona. The winner of the tender will take 50% of HMB in exchange for an economic contribution that will range between 58 million and 104 million euros, which will be paid in four stages, depending on the pace of construction.

Culmia is the second candidate to withdraw from the process after withdrawing from the alliance promoted by the Catalan construction company Rubau. This contest has had a lot of trouble convincing the private sector. In fact, its first tender was deserted and had to be rethought.

Cevasa and Neinor won the tender to build 4.500 dwellings in Barcelona 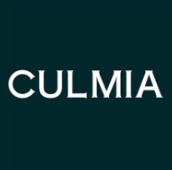