The information was reported by Spanish newspaper El Confidencial, which further revealed that five years ago fund Platium acquired the building for less than half the amount for which it was now traded – 35 million euro.

The hotel is located at Plaza Canalejas in the Spanish capital and it should undergo an intervention which will cost 25 million euro. Part of that amount, around 15 million euro, will be destined to concluding the construction works and the remaining will be used in the interior decoration so as to follow Marriot’s requirements.

This was one more step taken by Millenium Hotels to reach its goal for the next 3 years, to invest around 500 million euro in new acquisitions and property valuation.

Millenium plans to attract €250M to enter the continuous market

Millenium Hotels plans to increase its capital in up to €400M 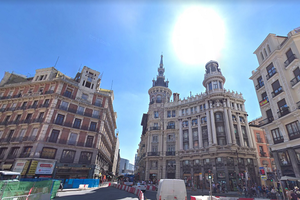