The supermarket chain closed this week with the sale of a 27 supermarket portfolio to Israeli fund MDSR for more than 100 million euro. This was a sale&leaseback operation. The deal was signed in the past Thursday, as advanced by Economía Digital, after the company’s president himself, Juan Roig, had confirmed some weeks ago that the transaction would take place soon.

Part of these supermarkets are part of the 36 establishments the distribution group had tried to sell last year and the remaining are new assets which the group wants to sell.

According to a report from JLL, Mercadona heads a sales ranking for own buildings in Spain in 2020. The Valencian group leads the list with 27 stores sold to LCN Partners for 180 million euro.

Mercadona invested €28M in a logistic warehouse in Getafe 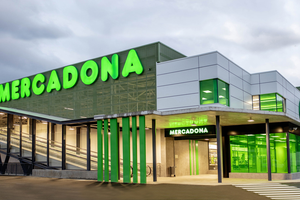