Insur acquired the parcel located next to Tabacalera’s building in Málaga, where a prime office complex named Ágora will be built.

Insur was adjudicated these terrains for having submitted the highest bid during the public tender, as confirmed by Malaga’s Spatial Planning councillor, Raúl López. Insur offered 8.8 million euro for the terrains.

Apart from the financial aspect, the technical assessment was also taken into account and was a key factor to determine the winning bid, as remarked by the councillor.

The adjudicated parcel, where the six floor office building will be constructed, is estimated at 9.7 million euro. It is located at number 24 calle Pacífico and has 2.888 sqm of area and 9.500 sqm of buildable area. It will also have two underground floors with 91 parking spots each.

Ágora is a «coherent building with the neighbourhood’s identity, edgy, whose image evokes the verticality of its surroundings, Tabacalera’s façade and the nearby chimneys», explained the developer.

And he pointed out that «several interested parties have contacted us to buy the terrain directly after the adjudication ended up empty. We will not sell, because we consider there is enough interest to open a new tender».

With this sale, we want to meet the demand for office projects in Malaga and to be able to satisfy the companies which want to establish themselves in the city.

Insur invests €93M in a new neighborhood in Seville

Freo plans a new prime office complex in 22@ in Barcelona

Meridia purchased an office building from Zurich located at 22@ 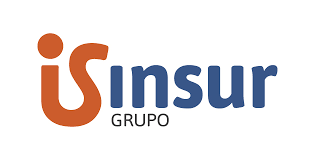