This is both groups’ first operation in Spain, as they announced last March, when they signed the preliminary contract for the purchase of the two senior residences, which will both be leased for 25 years. Both groups expect to continue investing in the Spanish market.

«After having entered the Italian and German markets, our first acquisition in Spain represents a milestone in terms of the asset investment division’s international expansion and places the total investment carried out outside France since 2018 at 740 million euro», it was pointed out from Icade.

The vehicle used for the acquisition is 59% owned by Icade, through its Spanish branch. Icade is a French real estate investment company, with a portfolio estimated at 14.700 million euro and also has a development division in charge of developing dwellings, offices and public spaces.

Amavir was generated by the merger between Amma and Adavir, it manages a total of 6.223 accommodations in 42 residences, 21 of them in Madrid, 2.2% of private accommodations, and it is present in seven autonomous communities. The company is also present in France, Italy and Germany with 142 residences.

During the next thirty years, Spain will need to open 100 senior residences per year to meet the housing needs connected with society’s progressive ageing. If no asset were to be added to the market until 2050, the lack of senior accommodation would affect 400.000 people, according to a report from consultant PwC and the Federación Española de la Dependencia (Spanish Dependency Federation) – FED.

Portugal has «all the conditions» to bet on Senior Living

Mapfre concluded the sale of 5 senior residences to Healthcare Activos 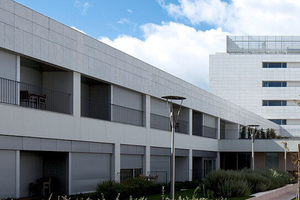