Following several attempts to trespass it in the last 10 years, the Hotel Apolo de Barcelona, located at the end of avenue Parallel, was placed on sale once again, according to Expansión.

The hotel’s current owner, American fund Värde Partners, raised its price from an initial 80 million euro to 90 million euro. After an initial selection stage, only a few candidates reached the final stage. Amongst other candidates, are Henderson Park, Covivio and Schroders.

The four-star hotel is managed by Mallorca’s chain Melia and features 314 rooms. Melia’s contract expires at the end of the year. Despite not being located within a prime location, the hotel was a prime option during pre-Covid times for the cruisers who spent some days in the Catalan capital. The hotel is currently closed.

Covivio is a French real estate investment company with a portfolio estimated at 25.700 million euro. The REIT is listed at Euronext Paris and Milan’s MTA Market. Its market capitalisation is 6.932 million euro.

Schoders is a centennial British multinational investment company with a portfolio estimated at 641.700 million euro. The company has a market capitalisation of nearly 11.000 million euro.

There are other real estate investment funds which have also reached the final bidding stage, although their identity was not disclosed. It is expected for the operation to be concluded in the coming weeks.

Mazabi buys a hotel building in the center of Madrid

IHG will invest €14M in a luxury hotel in Barcelona 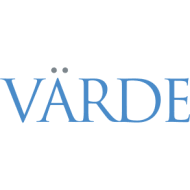