The Goodman group, one the main operators within the logistic segment, concluded the acquisition of 93.500 sqm of terrain to develop goods transportation platforms in Constantí (Tarragona). The owner of the parcels was the Consorci de la Zona Franca de Barcelona developer Iosa Inmuebles, from the Miarnau family, owners of construction company Comsa, according to Expansión.

The operation represented around 11 million euro. The Constantí industrial park has 290 hectares of logistic land. The acquisition led by Goodman is part of the project’s last development stage.

In 2020, logistic contracting represented 1.8 million sqm in the Spanish market, around 20% yoy. The Central Region registered its second highest activity numbers since 2011, with the contracting of 923.000 sqm. Around 46% of the operation were key-in-hand.

Scannell purchased a logistic land site in Barcelona for €25M

Trajano sold its logistic platform in Zaragoza for €58M 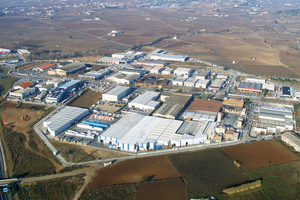