Freo Group, an independent international investment, developer and asset manager company specialized in high-quality properties, plans to invest in Spain up to 400 million euros in the next 2 to 3 years.

Despite the impact that the health crisis has had on the economic level and on the real estate market, Freo Group has not stopped its investment plans in the country for the next few years. The German group currently has a portfolio under management valued at 780 million euros with properties, mainly in office buildings, mostly located in Madrid and Barcelona.

With these investment plans, Freo wants to continue with its expansion strategy in Spain, with the aim of becoming a leading firm in the real estate sector and exploring entry into another asset class such as hotels.

The forecasts for the recovery of hotel investment during 2021 have raised interest in the sector in Spain. In this sense, Freo Group is studying opportunities in the sector, with a focus on urban hotels in Madrid and Barcelona, ​​as well as holiday hotels in the main tourist regions of the country such as the Balearic Islands, the Canary Islands or the Costa del Sol, mainly in prime locations with potential repositioning, which provide intrinsic value for its partners and customers.

The success of the operations carried out since its landing in Spain, led by Daniel Mayans, CEO of the firm in Spain, and Óscar de Navas, CEO, highlights the intense management work of the firm's team in Spain.

Among its most recent key operations is the sale of the Boston portfolio, with Oaktree as a partner. Composed of 14 office buildings, it was acquired from BBVA and the sale of the assets was closed, mainly with institutional funds such as Starwood, Swiss Life, Franklin Templenton, Sagax or HNA.

Likewise, in the last quarter of 2020, the Freo Group successfully completed the rehabilitation, legalization and LEED Platinum certification of its 22Works building, with an area of ​​about 8,500 sqm. The office building is located in the 22 @ district of Barcelona, ​​one of the city's key expansion areas that, since 2000, has become the technology district with the arrival of more than 545 companies a year . 22Works has been handed over to the French multinational Criteo, which had pre-leased the entire property in mid-2018.

Daniel Mayans, CEO of the Freo Group in Spain, said: «In the last year the real estate environment has changed, but we remain optimistic about investment opportunities in Spain. It is a mature market and has growth potential ».

Óscar de Navas, CEO of the firm, has pointed out: «We see a horizon of opportunities in the Spanish hotel market, in which we are already quite advanced in some acquisitions in the main cities and tourist regions».

Fredensborg will invest €500M on the Spanish hotel market

EasyHotel will invest €11M in Barcelona 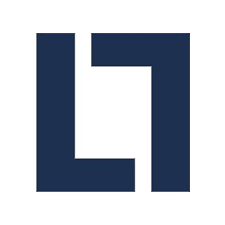