With the purchase of this four-star hotel, with 324 rooms and a spa, belonging to the Hoteles Playa group, Ortega continues to reinforce his real estate investments. The equity of the main Inditex shareholder will maintain the management of the four-star establishment, according to the newspaper Expansíon.

On this occasion, it is a smaller transaction, although it conforms to the traditional composition of its Pontegadea investment portfolio, in which real estate assets for offices and retail predominate. To a lesser extent, the company has also traditionally invested in hotel assets, and in this case, the Senator Playaballena meets the quality and profitability conditions that Pontegadea seeks. According to market sources, the current management team will remain in the Cadiz hotel.

The Pontegadea Group, which includes all the portfolio companies owned by the founder of Inditex, its real estate subsidiaries and business interests, closed the 2019 financial year with a net profit of 1,778 million euros, an increase of 14.7% compared to the previous year , after recording 104 million euros in donations to the Amancio Ortega Foundation, and raised the market value of its real estate portfolio to 15,163 million euros.

This figure consolidates it as the largest operator in the Spanish real estate market and places it above its direct European competitors. 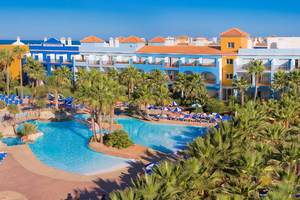