The building is located next to the terrain where the future headquarters of this organisation will be built, at Palácio Mendonça, which is being recovered. A source from the institution confirmed to news agency Lusa that this asset too will be refurbished so as to host the new headquarters’ services, but the amount to be invested was not disclosed.

According to the news agency, CML (Lisbon City Hall) and DGPC (Directorate-General for Cultural Heritage) approved the acquisition and did not execute their preferential right.

It should be noted that the settlement of the Imamat Ismaili headquarters in Portugal was established through an agreement with the Portuguese State. The Palacete Leitão and the neighbouring buildings will host the institution’s services and international agencies.

Through the Aga Khan Network for Development, Imamat Ismaili is responsible for social and cultural development programs all over the world, aiming at improving the populations’ quality of life, recalled Observador.

#This news is also released in Portuguese website Vida Imobiliária 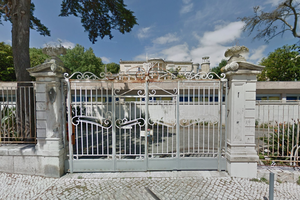