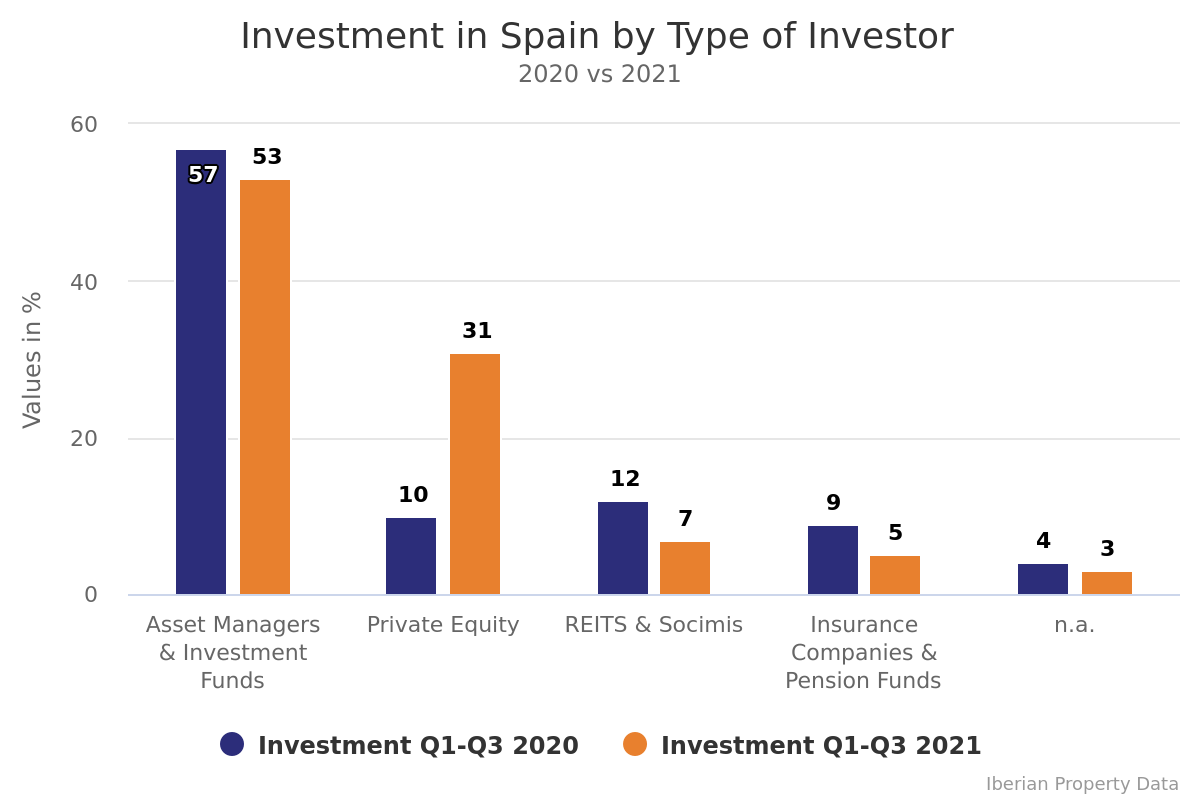 Unsurprisingly, in 2021 institutional capital – represented by Asset Managers & Investment Funds (53%) and Insurance Companies & Pension Funds (5%) – continues to dominate the Spanish market, leading 58% of the investment in the country, or 4.8 billion euros. This year, Asset Managers & Investment Funds closed deals valued at 4.39 billion euros, 22% more than the 3.6 billion invested during the same period in 2020, while Insurance Companies & Pension Funds reduced the amount invested during the period under analysis by 25%, from 540 million euros at the end of the 3rd quarter of 2020 to 404 million euros accumulated until September of this year.

Between January and the end of September 2021, 183 active investors were identified in the Spanish market (52 more than in 2020 and 42 more than in 2019), of which 50 are Asset Managers & Investment Funds, three Insurance Companies & Pension Funds, 21 SOCIMIs & REITs and 109 Private Equity entities.

Sierra increases its portfolio of assets in Europe and Morocco