The investor Antonio Revilla has closed the purchase of two new real estate assets in the Barrio de Salamanca in Madrid.

According to El Confidencial, he has paid around 20 million euros for the commercial premises at Calle Ortega y Gasset 22, rented from Chanel and owned by a private investor, on the corner of Calle Lagasca. In addition, he has acquired Azora's offices at Calle Villanueva 2, in Recoletos, with an estimated outlay of 15 million. The latter has been advised by TC Gabinete Inmobiliario.

This is the first investment of the Revilla family, after, last December, they closed the sale of their estate agent to Carlos Slim. Realia paid 189 million for 37.1% of Hermanos Revilla, owner of assets for a total of 294.7 million euros.

GreenOak sells an office building in Madrid for €29.8M

Hermes Properties disposes of two premises in Madrid for €5.7M 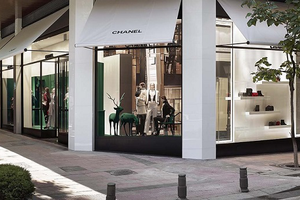