According to the release the company sent to Mercado Alternativo Bursátil, it spent 18.2 million euro in the purchase of this building which has 45 units, 7 of them retail spaces and the remaining dwellings.

The number 41 Calle Padilla was one of Vivenio’s acquisitions in July. The other purchase was the RC4 parcel located on the terrains belonging to the former Vicente Calderón stadium. The parcel was purchased for more than 75.5 million euro from Mahou, owner of 3 parcels within that terrain (which has a total of 6 parcels). On this parcel a new 28.481 sqm residential building should be constructed.

Vivenio’s strategy in acquiring these assets is to «finance them with its own resources when purchasing them so that it can then leverage them under more favourable conditions», reveals the same document released in August.

Vivenio buys building in the centre of Madrid

Vivenio launches a capital increase of around €150M 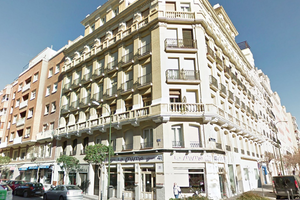