The Swedish real estate company specialised in acquiring light industrial assets, purchased Ikea’s installations in Palma for 50 million euro, with a long-term leasing contract. The operation offers a yield above 6%.

Ikea will pay 3.15 million euro per year on a 25 year leasing contract, with the right to cancel it in 2036 and 2041. The building, located between the city and the airport, has 23.600 sqm and 425 parking spots. The GLA reaches 15.400 sqm, of which 65% corresponds to commercial and exhibition areas and the remaining 35% to warehouses and offices.

Ikea’s facilities in Palma were built in 1992, when the Swedish multinational company installed itself in the Balearic capital. Between 2016 and 2018, Ikea spent 22.5 million euro in refurbishing the facilities. Sagax acquired the asset through Orontes, which already owns six facilities occupied by Ikea in Europe and North America.

Sagax landed in Spain in 2019 and has, since then, carried out 30 operations with which it has established a portfolio estimated at around 350 million euro and around 400.000 sqm. The most important operation was the acquisition of 37 cash-carry from GM Food for 152 million euro last November.

The Spanish team composed by 5 people between the Madrid and Barcelona offices and led by Carlos Galofré, seeks investments with returns between 6% and 7%. «At Sagax we support the industrial fabric by injecting liquidity through sale and leaseback operations, since companies obtain higher returns by investing them in the growth of their businesses», commented Galofré. 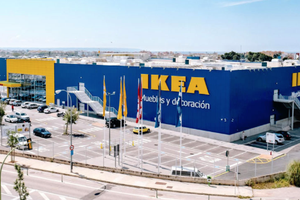