The assets are located within the Polígono Industrial de la Carretera de Mig Industrial Complex in the Sant Josep and Bellvitge quarters, and the terrains on which they are located have 6.500 sqm and 925 sqm respectively.

According to the release issued by Sareb, the Municipality of Hospitalet de Llobregat intends to use these buildings for cultural and leisure activities so as to boost the project planned for this area. It should be noted that in May 2017 the specific modification to the municipality’s General Metropolitan Plan (PGM) calling for the expansion of the possible uses in these areas classified for urban industrial use, received its final approval creating the new clave 22ac (new area for economic activities and for the cultural industry).

Sareb and the municipality of Hospitalet de Llobregat have been cooperating since 2017 when the company relinquished 50 dwellings to the local administration for affordable housing.

Sincen its creation, Sareb has reached temporary agreements with 13 autonomous communities and 27 municipalities, to whom it provided 3.032 dwellings. Of those the company currently administers 2.836 – benefitting 11.344 people –, while there are still 7.164 dwellings available for the same purpose.

Ares enters Spanish logistics with a deal of €50M

Sareb concluded 6 operations at the end of 2020 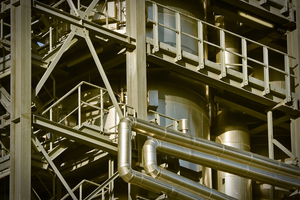