This new logistic platform, whose construction works were concluded after seven months, has a usable area of 8.000 sqm on a 16.500 sqm parcel, and it is destined to be used as a cross-docking platform, where all logistic units will be in transit and as such it will not be used to store goods.

The platform was certified Leed gold, following its implementation of a series of measures promoting the building’s sustainability and the efficient use of the vehicles, with the construction of two parking spaces for electrical vehicles, four for low-emission vehicles and four for carpooling. The new building, whose offices are graded A in terms of energy grading, was designed with high reflectance materials so as to reduce the heat island effect and low-emission materials were also used during its construction.

Montepino Logística’s joint venture had 857.000 sqm of occupied or under construction warehouses estimated at nearly 1 billion euro, at the end of last year. The REIT has just concluded an agreement to sell with Bankinter for around 1.2 billion euro.

Primafrio will take its cold storage logistics to the stock market 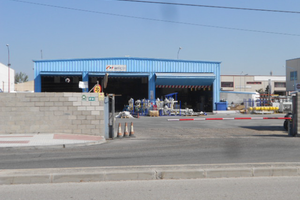