This operation was concluded in mid-June and was now confirmed by consultant BNP Paribas in its latest report on the Spanish investment market.

The 4-star hotel offers 110 rooms to the visitors of ski resort Baqueira Beret in the Pyrenees, close to the Spanish city of Lleida. The hotel was being managed by French Pierre & Vacances, but it will now be managed by Majestic Grupo Hoteles, MiM’s partner, revealed idealista last week.

This was one of the few hotel transactions carried out during the second quarter, revealed the consultant. The hotel segment represented only 5% of all real estate investment with 53 million euro.

MiM Hotels had, before this operation, only 3 properties located in the centre of Sitges and the islands of Majorca and Ibiza. 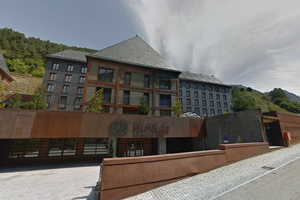