Located at 96-98 Avenida Conde de Valbom, the property was acquired from Futuro, the pension fund management company of the Montepio group, for an undisclosed amount. It has an area of ​​5,884 sqm spread over nine floors, in addition to an auditorium and five floors of private parking. Rubis Energia Portugal S.A. has acquired 51,08% of the property right after the conclusion of the deal by Mabel.

This is the third investment operation carried out by the Spanish company in the Lisbon region in the last three years. Its debut took place at the beginning of 2018 with the purchase of the emblematic block of Pastelaria Suíça, in Rossio, and later reinforced its Portuguese portfolio the following year, disbursing 28 million euros for a land with 18,000 sqm in the municipality of Oeiras where the development of a shopping and leisure center with over 200,000 m² of built area is planned.

Spanish national, Mabel Capital is an investor vehicle controlled by Abel Matutes Prats and Manuel Campos, with stakes in various sectors, from real estate, to tourism, finance and media, among others. Tennis owners Rafael Nadal are also among its owners.

With an Iberian presence, Mabel Capital has its real estate investments concentrated in the regions of Madrid and Costa del Sol, in Spain, and Lisbon, in Portugal. 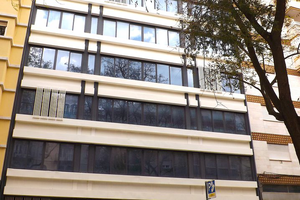