The portfolio includes 6 hypermarkets operated by Eroski located in the municipalities of Arrasate, Ordizia, Urola, Zalla, Zarautz and Tudela and also the Puente de la Ribera shopping gallery, also located in Tudela, a municipality within the autonomous community of Navarre. According to information newspaper Expansión obtained from market sources, these assets have a total combined area of 53.492 sqm.

Invesco RE was advised by Catella and had the legal assistance of Simmons & Simmons in this operation. For Carlos López, partner at Catella, this transaction shows that «investors have a great interest in food retail, seeking long-term contracts in good locations».

The data shows it. Last week was registered a mega-operation involving 27 Eroski Supermarkets located in different municipalities across Spain. The portfolio was sold by Eroski for around 85.5 million euro to American REIT W.P. Carey.  27 supermarkets from Mercadona were sold to LCN Capital Partners for 180 million euro.

Whereas there had been no record from British management company  Pradera’s activity in Iberia since 2018,  American Invesco RE has been an active player. Its latest operation was the purchase of Logistic Park Palm-M40 in Madrid for 130.6 million euro from Pavasal. 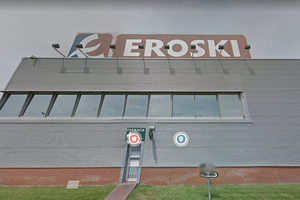