The words are from Hugo Velez, Hipoges Ibéria’s general manager, a servicer which was created twelve years ago, during the financial crisis, to become a reference within the debt asset management market in Portugal and Spain.

Following the NPL «boom» which invaded Iberian banks’ balance sheets in the aftermath of the 2008 financial crisis, Hugo Velez considers that right now «both countries are an example for the NPL industry distressed by the way their deleverage process has been carried out. These are two markets that built a very reputable servicing capacity, the evolution of these companies is a reality and the evolution of the banks and their respective consultants allowed for transparent and efficient selling processes which in turn made both markets competitive and dynamic».

According to him, «both markets have evolved in a very similar manner, with Portugal being on average «two years behind» in terms of what goes on in Spain, which has a stronger economy, has considerable levels of liquidity, but, on the other hand, it has a slower and more bureaucratic judicial system». That is why, he added, «the Portuguese people should be very satisfied with the evolution and efficiency of the judicial process in Portugal and the corresponding technology».

Although the process of reducing NPL (Non-Performing Loans) in both countries has been carried out mostly through the sale of loan portfolios from banks using transparent and competitive processes, the big difference is that «Spain adopted a mixed model, with the creation of a Bad Bank which, I believe, has achieved its goal, and that could be something to be considered by the Portuguese Government and the Bank of Portugal», he advocated.

Despite all this progress and the most positive balance sheet, the truth is that when Covid-19 arrived, the last crisis’ NPL legacy was far from being completely resolved in Iberia. «NPL stocks remain at undesirable levels, with the situation being worse in Portugal than in Spain», recognised Hugo Velez, although remarking that «the process of reducing the respective stocks has been successful».

Sector’s maturity will extend for at least two more years

In the face of this situation and the projections which anticipate the end of Covid-19 moratorium regime may result in a new NPL flood, the financial system will face added challenges within the coming months, which may set a new milestone on the European NPL market.

Although Portugal and Spain are «very well prepared to face a new deleverage process, the fact is that the Covid-19 pandemic and consequent economic crisis, is already, inevitably, increasing the NPL ratios and will continue to do so», recognised Hugo Velez, advancing that «this will extend the maturity of both markets for a minimum of two more years».

In terms of the opportunities which may appear within the real estate market in 2021, «I believe that it is still hard and risky to have a firm vision over what will happen next year in terms of REO (Real Estate Owned) assets», he admitted. According to him, «the fact that the Covid-19 vaccination plan will be a reality in both countries will certainly increase the levels of confidence in the economy, which makes us more optimistic about a quick recovery. And, if the financial market remains at reasonable levels, it will certainly be a very active and liquid market in terms of real estate and more specifically REO»

More than 20 billion euro under management

With a growth path that has been «constant, but solid» since its creation in 2008, Hipoges Ibéria is currently present in Spain, Portugal and Greece with more than 21 billion euro corresponding to more than 80 portfolios and more than 100.000 assets under its management. «This portfolio mostly consists of NPLs collateralised by real estate and the SME and Resi Mortgage segments», clarified Hugo Velez. «Most assets are headquartered in the Iberian Peninsula, of which 60% in Portugal and 40% in Spain», he added.

Concerning the future, Hugo Velez believes this scenario «will not condition Hipoges’ growth and consolidation strategy» for 2021, although he recognised that «maintaining our customers’ assets’ performance levels will be a greater challenge and dependent on how the economy in general and the real estate market, in particular, will evolve in the different countries».

A “massive evolution of the NPL stock in Europe” is expected 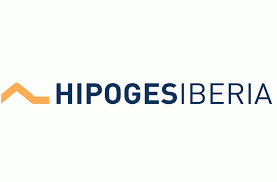