The assets are located at numbers 41 and 49, Calle Gobelas, two neighboring buildings which have a total combined area of 15.000 sqm. According to Spanish newspaper Eje Prime this Monday, Meridia Capital, now the ex-owner of the two buildings, carried out refurbishment works in one of the buildings recently and left in its agenda the refurbishment of the other building.

These two buildings were estimated at 25 million euro, which is what HIG Capital should be paying Spanish Meridia Capital according to what was agreed between the two companies. 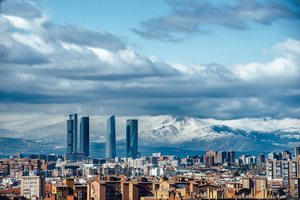