The company has acquired, through its REIT Galil RE Naquera, an industrial warehouse in Valencia for nine million euro, as per the notification the company sent to BME Growth.

The asset is located at number 1 calle Tramuntana in Náquera and has a 52.103 sqm built area within an 83.749 sqm parcel.

Galil Naquera has reached a deal with the current tenant of 70% of the complex and renewed the leasing for a further 10 years at 720.000 euro per year. The company expects to also lease the remaining areas.

Three of the complex’s five modules are fully occupied, whereas the first building with 13.557 sqm in logistic and industrial areas, is completely vacant and the fourth module, with 2.578 sqm in office spaces is 75% unoccupied.

In order to buy the asset, the company also subscribed a mortgage subscribed loan with financial entity Abanca over a company building located at number 79 calle Concepción Arenal in Barcelona, for 2.1 million euro.

The company, owned by its CEO Jerry Zwi Mandel, was established in December 2015 and its main activity is investing in buildings in Spain and managing them. The company’s main investments are focused on housing assets in Barcelona and Madrid.

Cofares extended its logistic capacity with a new warehouse in Ourense

GLP acquired a terrain in Illescas to develop a logistic park 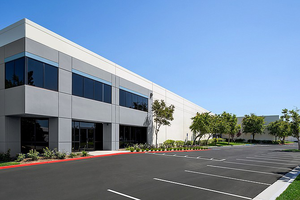