Eurofund’s goal is to increase its share in the current project, becoming its majority shareholder, as revealed by Property EU this Tuesday.

Intu Costa del Sol is a 235.000 sqm commercial mega-project estimated at 800 million euro. Apart from the 142.000 sqm destined to retail, the project will also include 2 hotels and leisure, event and conference areas.

This offer comes at a time when intu was forced to sell several of its shopping centres in Spain so as to assure the company’s liquidity. The sale of shopping centre Puerto Venecia for 475 million euro to Generali Real Estate and Union Investment Real Estate is an example. Another example is the sale of intu Asturias to German fund ECE for 290 million euro. British intu’s Spanish portfolio is currently reduced to shopping centre intu Xanadú and this mega-project located in Torremolinos.

Intu’s delicate situation is not new, during 2019 alone the company had losses of 2.293 million euro and in March it carried out the sale of several British shopping centres for 1 billion euro in order to avoid collapse. 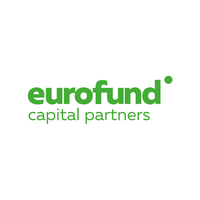