The two office towers located in Telheiras, were inaugurated in 2009. The deal was closed as part of MSF Ativos Imobiliários’ insolvency process, the company bankrupted with debts of 56.3 million euro, with CGD as its mortgage lender.

According to Negócios, the transaction was concluded on the 20th of March, during the state of emergency. This was the largest office transaction registered during the first quarter. 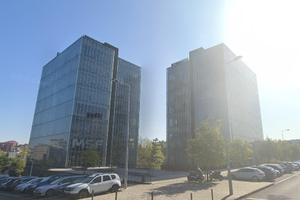