This was not the only indicator to be impacted by the crisis. According to the REIT’s financial report released this week, its EPRA NAV decreased 3% when compared to the previous month. In March, it had reached 559 million euro or 6.48 euro per share.

«Valuation from the 31st of March 2020 reflected the possible impact of the Covid-19 with rent discounts extensions considered for the period between April and December, the potential turnover rents and mall income also impacted, discount rates (IRRs) adjusted to reflect market sentiment and the lower market rental growth rates», it can be read in the document.

On the rents’ reductions, the REIT assumed that «100% Rental discounts for April have already been granted with May and the rest of the year currently under discussion –this has facilitated significant goodwill with tenants in future negotiations. Affected tenants have paid service charges in full». Now, «Castellana is negotiating these discounts in exchange for more favourable leases including longer lease terms, break option waivers and monthly sales reporting».

Nevertheless, between April and March, the REIT’s Gross Rental Income (GRI) reached 56 million euro. The EBITDA was 44 million euro and its net profit 17.1 million euro. The latter «includes (23.4 million euro) changes in Fair Value based on IFRS accounting principles reflecting the possible impact of the Covid-19», mentioned the document’s notes.

Despite its losses, Castellana remarks “excellent” position on the market

Castellana will invest €30M in refurbishing its shopping centre 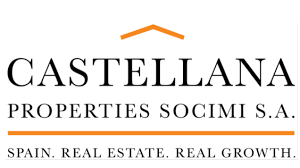