Restaurant Brands Iberia (RBI), the restaurant company that operates the Burger King business in Spain, has made a binding offer to purchase of 159 restaurants of the hamburger chain from its Portuguese franchisee Ibersol, for a total of 250 million. An agreement that comes after Ibersol informed this Monday the Securities Market Commission (Cmvm) about the reception of this new offer from Restaurant Brands for a total of 250 million euros, an amount demanded by the selling party during the process, started in March.

The previous proposal reached 230 million, and was rejected. As confirmed by Restaurant Brands, the agreement is already a fact and the formalization phase of the contract for the closing of the sale has begun.

This will mean that a total of 159 restaurants will be directly controlled by RBI. Of these, 121 are located in Portugal and another 38 in Spain. This will allow the company chaired by Gregorio Jiménez to approach the 800 own restaurants on the Peninsula and exceed 800 million euros in turnover.

The latest offer contemplates, in addition to a company value of 250 million, another seven million corresponding to tax credits, and three million euros of investment in two additional restaurants open in 2022.

To this is added the acquisition, for another eight million, of five real estate assets that were not included at the beginning of the transaction. 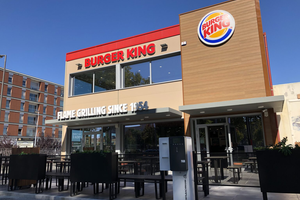 City: Other PT, Other spain