Patrizia enters the business of student residences in Spain. The German fund has bought from The Student Hotel the two residences that she owns in Barcelona, ​​Marina and Poble Sec, for just under 110 million euros, according to El Confidencial.

The profitability of the operation stands at 4%, reflecting the high level of competition for these assets, which started the process with a starting price of 85 million euros.

The Student Hotel promotes a hybrid concept between hotel and student residences, with coworking spaces, bar, meeting rooms and events. Founded in 2012 by entrepreneur Charlie McGregor, the Amsterdam-based company has grown rapidly across Europe, where it currently has a presence in fifteen major cities.

The agreement comes at a time when Barcelona City Council has limited the growth of student residences. The consistory of the mayor Ada Colau plans to approve this month a new regulation for dotacional accommodation that limits the capacity of student residences to 350 places, in addition to forcing them to be installed outside the city center and the crown that surrounds it, which is the one that suffers the most tourist pressure.

This is one of the novelties that will entail the modification of the General Metropolitan Plan to regulate the system of residential accommodation facilities in Barcelona, ​​which will be submitted for provisional approval in the municipal plenary session on May 27.

With these changes, the municipal government wants to respond to the increase in private student residences on facility land in recent years, which has meant a loss of surface area for basic services and has caused neighborhood rejection due to the impact it generates in areas such as Parallel or the 22@ district. 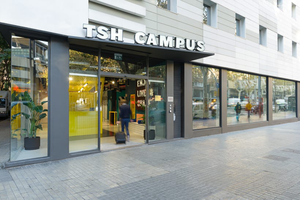 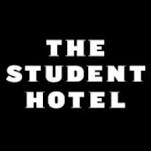