Nuva Living's acquisitions include a 160-story turnkey new construction asset in Valdemoro, promoted by Ten Brinke; a property in Atocha with 55 homes, owned by Bank of America; and an asset of 77 units in Tetuán, also owned by the North American financial entity.

At the beginning of October, the Swiss management company Partners Group allied with the Spanish Dunas Capital to launch its own investment platform in rental housing, called Nuva Living, with the forecast of allocating 400 million euros in the next few years to the development of Projects.

Nuva Living is the Partners Group's first project in residential rental activity in the Spanish market. Dunas Capital, for its part, acts as manager through its real estate division and is also an investor in the platform.

The vehicle set itself the goal of reaching 1,500 rental homes in the next five years. Nuva Living has already invested in Madrid and plans to reach other cities with rental housing, such as Barcelona, ​​Valencia and Malaga. 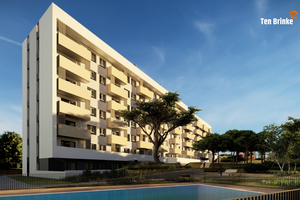