Habitat Inmobiliaria has just acquired a new plot of land in Entrenúcleos, in Dos Hermanas, Seville, the second largest municipality in the province. With the acquisition of this land, the developer will add about 420 homes under development, which will mean the creation of more than 1,000 direct and indirect jobs in the municipality.

In addition, the company bought another plot in the area in April, Habitat Elvira, which is already on the market and has 80 homes. An investment of around 13 million euros.

The promoter has also delivered two of its promotions in 2021, Habitat Atrium and Habitat Qualis. Its commitment to this area is reinforced with the start of work on the more than 100 homes that make up Habitat Domus.

"Our commitment to the potential of the entrenúcleos area continues and is reaffirmed with the acquisition of this new land, which represents the second purchase in the municipality so far this year. We are currently developing five developments that add around 420 homes in this area, which makes us one of the main drivers of entrenúcleos ", says José Carlos Saz, CEO of Habitat Inmobiliaria. 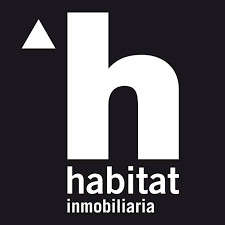