Tenigla Real Estate has acquired a building located in the Retiro district of Madrid, in the heart of the capital. The amount of the transaction has not been disclosed.

Tenigla will coordinate the project in its entirety after closing the acquisition of a building with more than 3,000 square meters of surface area for public use and infrastructure distributed between a ground floor and four upper floors. The company has also reported that at the time of the sale, a contract was signed with the seller in the sale & leaseback format, by which Tenigla will lease the entire space of the property.

Since its foundation in 2015, Tenigla has already added transactions for an approximate value of more than 500 million euros. The company has operated assets in Spain, Germany, the United Kingdom (mainly in London), Paris, Portugal and New York. In addition, he has advised on the creation and management of fourteen co-investment projects in add value real estate for an approximate market value of 150 million euros.

This latest Tenigla operation joins other recent ones carried out by the company, also in the capital market, where the company has concentrated its operations in recent months. 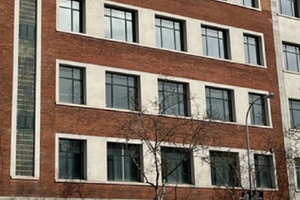