The investment firm led by the brothers Francisco and Jaime Enrique Hugas finalizes the purchase of a new building, in this case, offices, located in the center of Barcelona.

The asset in question is located at number 206, Provenza street at the confluence with Muntaner street, in the Ensanche neighborhood. The building, until now owned by the insurer Mapfre, is fully rented to the Catalan Water Agency.

The property has more than 9,200 square meters spread over two farms and with eight floors (plus ground floor) high. Both the interior of the building and its facade have been recently renovated. However, Conren plans the comprehensive rehabilitation of the property.

In the operation, CT has been advised by Savills Aguirre Newman, Garrigues and Deerns Engineering. For its part, Mapfre has had the advice of PwC.

Second purchase of the new fund

The acquired building will be incorporated into the new fund that Conren raised at the end of 2021, with an investment capacity of 400 million.

The objective of this fund is to invest in core plus and value add office buildings. Conren Tranway also does not rule out the promotion of this type of property in the two major Spanish office markets.

The Muntaner building would be the second investment of this fund, which in November closed the acquisition of a property located at Diagonal 490 corner with Balmes, with the use of offices and retail.

Conren Tramway's goal is to invest between € 200 million and € 300 million per year.

Within its promotion strategy, Conren Tramway has recently signed the purchase of two floors in Almogàvers 106 and Llull 122, with which it already has six office projects in the 22 @ district of Barcelona. The highlights are Sancho de Ávila 65 (sold to Amundi), Badajoz 97 and Almogavers 160 (sold to Commerz Real) and Pallars 180, whose completion is expected by the end of the year. 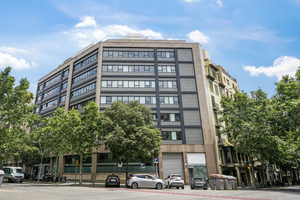 Conren Tramway buys an office building from Mapfre for €30M 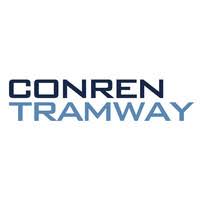