The real estate developer Grupo Parrado has bought two hotels in Valladolid from the US fund Värde Partners, according to several regional media.

Specifically, Parrado has acquired from Dospuntos Asset Management, a real estate company and asset manager in Spain controlled by Värde, the Tryp Valladolid Sofía Parquesol hotel, operated by Meliá until a few days ago, to convert it into apartments.

The purchase of the three-star hotel with 26 years of presence in Valladolid, by the developer, which has also acquired a series of apartments and houses in the Rivera de Parquesol building, was closed last November, approximately half year after Meliá informed Dospuntos that it would not extend the rental contract beyond December 31, 2021.

In addition, the Parrado Group has bought the Meliá Recoletos hotel and the Génova apartments, also located in Valladolid.

For all these assets, the real estate developer has paid around eight million euros. 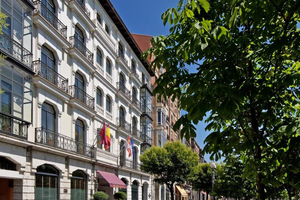