The asset had been acquired three years ago by the Palacios family, founder of the food group with the same name. The building is located at number 8 calle José Abascal, in barrio Chamberí, and it was refurbished by the Millenium Group in 2011.

The hotel is currently operated by Meliá, with a contract until 2022. The REIT is planning to refurbish the asset so as to operate it as tourist apartments, with a cost of around four million euro and with the refurbishment works expected to start next year.

The three-star hotel has 72 rooms spread across eight floors with a total combined area of 3.300 sqm. It also features meeting rooms, parking, cafeteria, business centre and retail stores. Following the refurbishment, the building will have a total of fifty apartments.

ALL IRON enters the urban accommodation market in Málaga

Investment in hotels reactivated in 2021 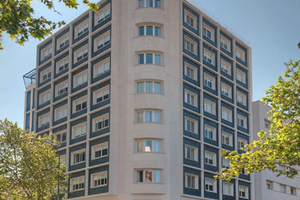