WeWork takes a step back concerning its offices in Spain. The co-working spaces company will place on the market the building that was to be its office in Madrid, at number 36 calle Goya. The building is owned by a joint venture which has the American group as its main shareholder, together with Excem and Merlin, according to Cinco Días.

The building has 4.500 sqm. The owners finished refurbishing it, but never opened it. The building is located in one of Madrid’s most commercial areas.

Excem and Merlin bought the asset together, which in the past had hosted Nataurgy’s offices. The three partners have charged consultants JLL and BNP Paribas with the sale of the building. The price will be between 45 and 50 million euro.

WeWork decided to sell the building empty and not to offer the buyers a leasing contract to open its own offices. Sources from the company assure that the pandemic crisis has harmed the co-working model more than traditional offices, so that it is more beneficial for the new owner to have an empty office.

The company has seven co-working centres in Madrid and six in Barcelona. The company is also expecting to open a centre in each city dedicated to corporate, where one or two companies with leases between three and five years will be installed.

Brickbro puts 25 assets for sale in Madrid and Barcelona

Starwood to sell office building for more than €60M 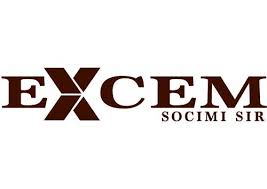