The operation took more than one year to be concluded and it includes assets which were part of the Herdade da Comporta fund, in a 1.380 hectare area. The deed was signed at Deloitte’s offices for 157.5 million euro. Consortium Amorim Luxury/Vanguard Properties may now move forward with its investment plan, which should, in total, represent around 1.500 million euro.

According to Expresso, the deal had the legal advice of André Luiz Gomes’s law firm, and Morais Leitão, CMS Rui Pena and Arnaut and pbbr (the latter represented Gesfimo). Also involved in this operation were KPMG, Cushman & Wakefield, S+A Green Lab and JLM&A. 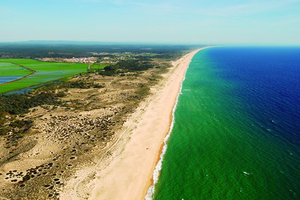